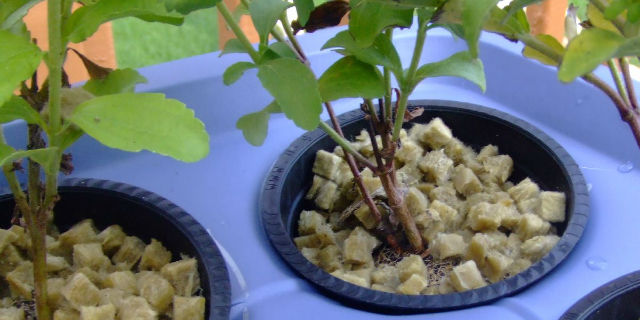 This is one of the less glamorous aspects of your system, but one that is still vitally important; many people spend hours and hours searching for the perfect hydroponic system, and often barely give the growing medium a second thought. When you consider how important the roots are to your plant — they absorb the nutrients and provide the support needed to keep it upright after all — you’ll realize that it’s vital to choose a growing medium that will allow that network of roots to thrive.

Choosing the right growing medium will directly impact the amounts of nutrients and oxygen that your plant receives; this will affect growth rates and the quality of your yields. By choosing not to use soil, you are also protecting your plants from common diseases, and nuisances such as pests.

What You Want from a Growing Medium

There are several things to ask yourself before choosing your growing medium. First, how well will the medium release the nutrients for your plant’s root system? Remember, with hydroponics we are manually creating a nutrient solution that will provide the plant with everything it needs to flourish; what good is this if your plant is unable to absorb it? How well your medium absorbs then releases these nutrients is obviously going to play a huge role in determining how well your plant grows – this is what is known as the growing medium’s Cation Exchange Capacity (CEC).

Next, you want your growing medium to retain oxygen; plants need oxygen to grow, and it will greatly benefit your plant’s growth rates if the growing medium holds onto some air, even when saturated.

Finally, you want to select your growing medium on its ability to hold water. This will depend completely on the type of plant that you are growing, but some mediums will absorb water — holding it for longer will allow your plants to access it for longer — whilst other mediums will see it run straight through.

But what exactly is the best growing medium?

Ah, if only it were so simple. Unfortunately, there is no perfect medium; different types of hydroponic systems work better with certain growing mediums, and this is unavoidable. Essentially, the type of system you choose — which in turn is decided by what you want to grow — will determine which growing medium is recommended.

Different plants will prefer different materials to grow in, and this is unavoidable. You will also find that different types of hydroponic systems are more suited to certain types of growing media than others.

Today, I’m listing all of the common types of growing medium available to buy. If at this stage you have an idea of which type of system you will be using, you can use this guide practically to select an appropriate growing medium, all of which are outlined below.

Rockwool is an incredibly effective growing medium, and has seen its popularity explode in recent years, largely down to it being used increasingly by commercial farms.

It is made primarily from granite and limestone, which is melted down, then mixed together to form this intriguing looking material. Rockwool is available in small cubes (perfect as a starting medium), all the way up to big industrial sized slabs.

Rockwool’s popularity stems from its remarkable ability to retain water and air. This gives you a certain degree of protection against anything going wrong in your system (the plants won’t dehydrate) and it provides your roots with constant access to impressive amounts of oxygen; rockwool will still hold 20% air even whilst saturated.

Be careful when handling rockwool though: it can irritate the skin of some, whilst the dust it gives off is bad for the lungs. Always wear a mask and gloves whilst handling.

Perlite is a mined mineral that is exposed to intense heat. When heated it begins to form many tiny bubbles.

It is a great growing medium, and is often used in a mix with vermiculite.

Perlite is very popular, largely due to its relatively inexpensive price and because it retains oxygen (it also holds nutrients reasonably well). The biggest drawback is that it loses moisture quickly, therefore it is fairly commonplace for it to dry out. It is also quite lightweight, meaning that it floats and so is not recommended for usage in an ebb and flow system (it will wash away too easily during flooding).

Can be used in: drip systems, aeroponic systems.

Like perlite, vermiculite is a mined mineral that is subject to intense heat to expand the material before use as a growing medium.

The two mediums are commonly used together to complement the other material’s weaknesses. Whilst perlite drains far too quickly, vermiculite does the opposite and retains moisture; however, when used on its own, vermiculite will retain too much water, which can be suffocating for your plants. When used together you can create a sweet spot where some moisture is retained whilst some is drained.

Like perlite, vermiculite is also very lightweight and is liable to be washed away when used in ebb and flow systems.

Can be used in: drip systems, aeroponic systems. 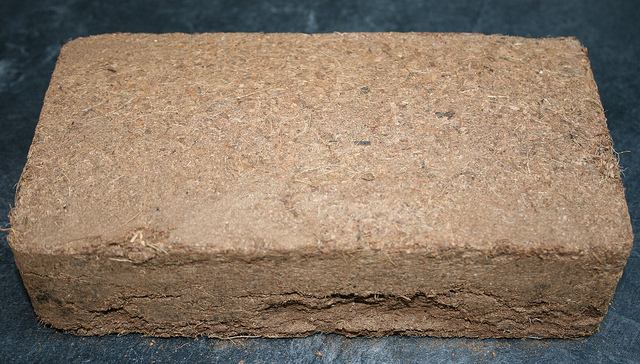 Like rockwool, coconut fiber has experienced something of a surge in popularity of late, and it’s not hard to see why. Coconut fiber has all the benefits of rockwool but performs even better: better water holding capacity and oxygen retention!

The best thing about this growing medium is that it’s completely organic: it is created as a byproduct from coconut farming. It is essentially the ground-down outer shell of the coconut, after the milk has been extracted (which would usually be waste).

It is always worth investing in a good quality coconut fiber as some of the lesser quality products available have excessive amounts of salt, which is damaging for your plants.

In the same way that perlite and vermiculite go together, coconut fiber is used primarily in a compound with clay pellets, called grow rocks.

Can be used in: drip systems, ebb and flow systems, aquaponic systems.

Grow rocks are essentially clay pellets: they are heated intensely which causes the clay to expand, leaving it full of tiny air pockets. This makes them fantastic at retaining oxygen.

The weakness of this growing medium is that it doesn’t retain water very well at all. This is why it is used primarily in conjunction with other (moisture retaining) compounds, most notably coconut fiber. In fact, Dutch scientists have long theorized that the combination of grow rocks and coconut fiber is the best possible growing medium! Take from that what you will.

Grow rocks are rather expensive; however, they can be reused and so provide an effective longer term investment.

Can be used in: drip systems, ebb and flow systems, aquaponic systems. 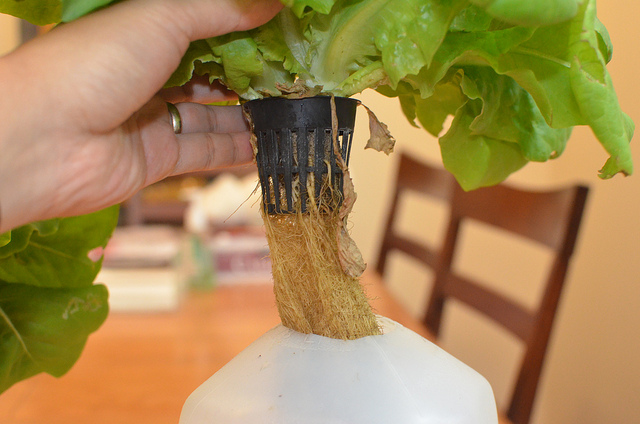 In many systems, the growing medium used is filled very deeply, meaning the roots are always completely submerged; however, in some systems it is better for the root to hang freely where it gets access to the nutrient solution. Even in such a system, some growing medium will always be needed to allow the roots to anchor to and keep the stem supported; however, only a small layer of this is needed, and the root network is primarily in only air.

Hopefully now you have an idea of what growing mediums there are out there. As I mentioned at the start, it’s almost impossible to get a perfect growing medium for every type of plant or system, but by having an understanding of what each type of growing media does, you’ll be in the best possible position for setting up an effective hydroponic system.

If you want a brief summary of which growing medium can be used in each type of system, see below.